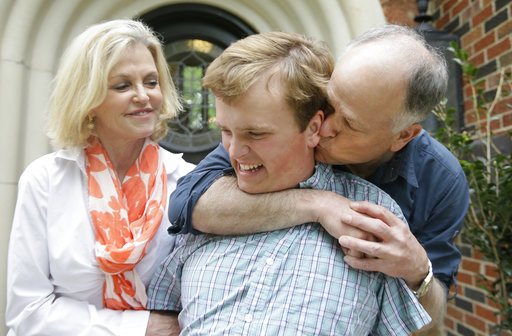 A mother and advocate of autism was the special speaker at the 2017 Autism Conference. Monica Meyer inspired and motivated. Most participants – which consist of autism specialists, medical professionals, researchers, and moms of children with autism – agree that it was one of the best and the biggest conferences so far. Aside from the moving speech that Meyer delivered, there was also a question and answer portion of the program where the audience was allowed to ask anything and everything autism. Plus, workshops that involved tools that parents can use to cope with their children, dealing with autistic behavior, and even employment opportunities for those with autism.

For parents with teens or adolescents diagnosed with autism, there are jobs that they can do and that they can excel in, depending on their unique talents and skills!

Worldwide, some of the most successful tech specialists and computer programmers are diagnosed with autism. These people have a passion for looking into computers and anything tech-related. This is probably one of the best careers for them because the job doesn’t need much social interaction. They also have their own space to work in, which is conducive to their personalities.

A lot of teens and adolescents with autism are fond of having pets for companions. Most often, a dog or cat provides them with something to focus on. And since at times pets are a source of comfort to them than other humans, autistic people who have a flair for pets can make great pet sitters or groomers. This career also doesn’t require a lot of talking with other people. They would spend more time with pets than with humans, which makes it convenient for them. Other animal-related jobs include dog trainers and livestock caretakers.

Most writers can be described as ‘aloof’ simply because they love to be alone with only their pen and paper with them. A writer can be a suitable job for a person with autism. Through writing, he can express fully what he finds difficult to express verbally. It sharpens his mind and enhances his creativity. As a researcher, on the other hand, he can utilize his keen attention to detail and his tendency to over-focus on the things that he is most interested in.